Today was another fantastic day. We spent the morning on a wildlife 4x4 tour around Ardnamurchan and saw some incredible sights. It was a very inspiring day- much more to come on this in the next week or so as there are so many things I want to draw from the day!

Tonight is our final evening in Ardnamurchan. It's very sad to be leaving but I'm looking forward to seeing all of our lovely animals again, and we already have plans for the next visit!

To celebrate in style, we lit the fire bowl and toasted marshmallows, and our drinks, to a wonderful holiday. 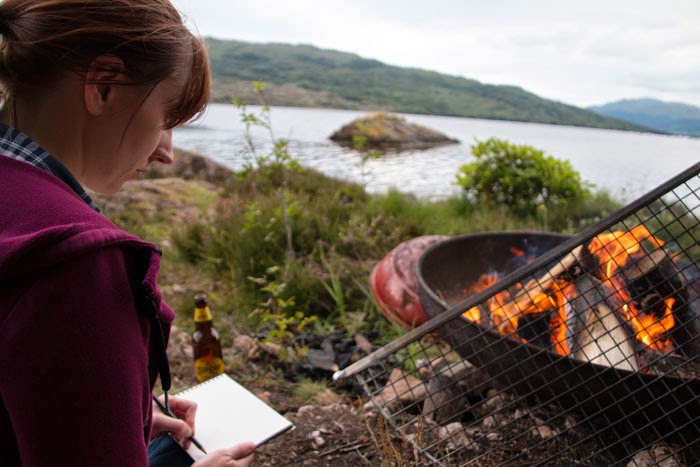 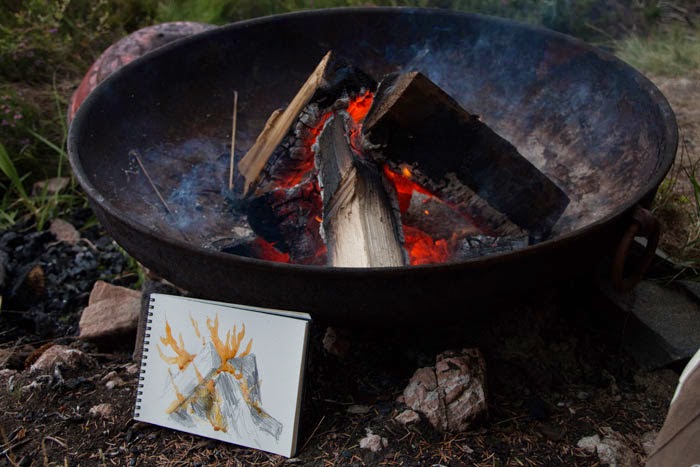 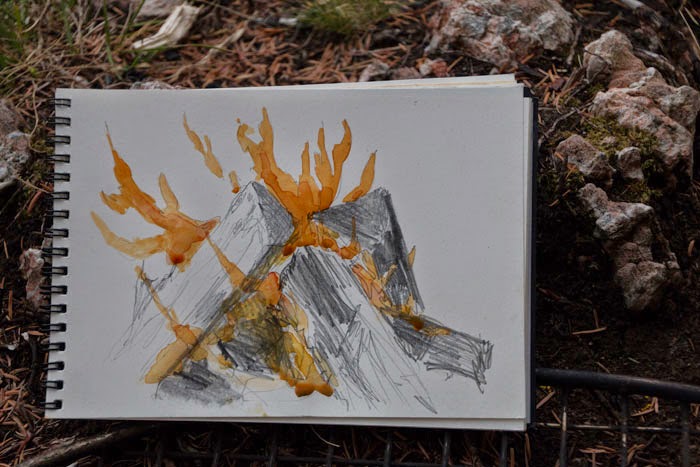 Today we visited a beautiful beach called Ardtoe. Here are some sketches from on the beach before I was too distracted by climbing on the rocks! 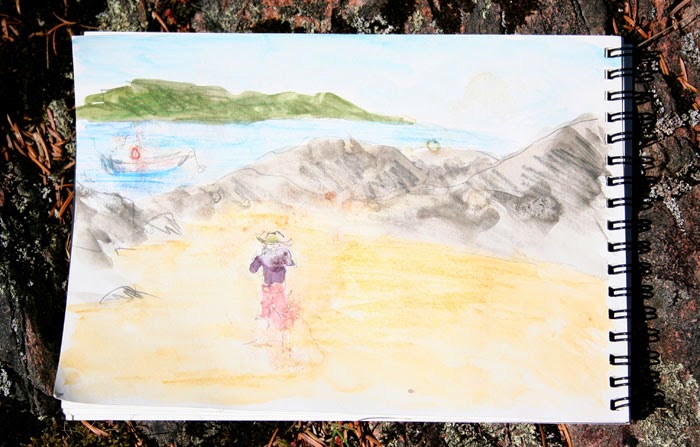 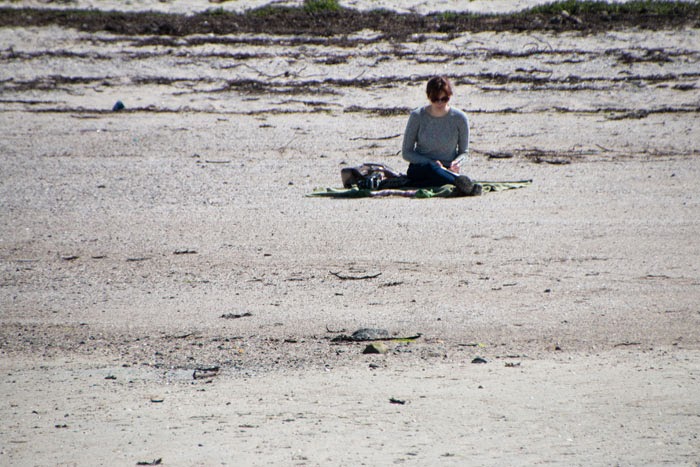 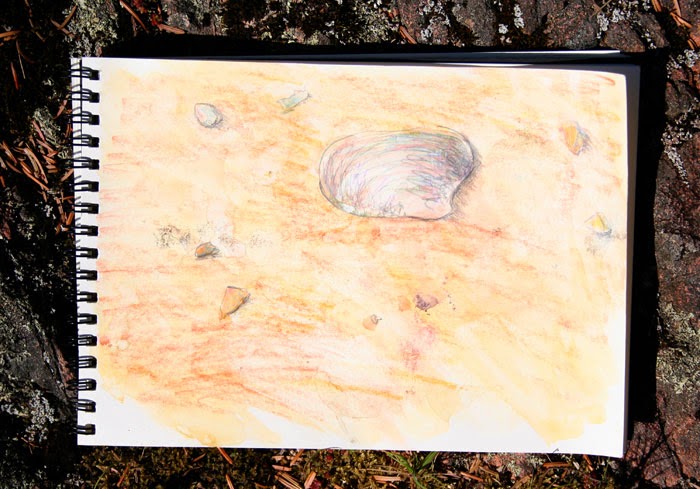 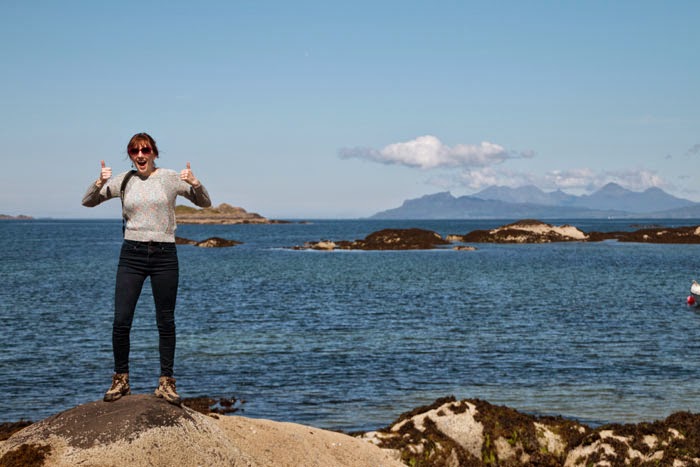 Posted by Kate Betty Smith at 6:36 pm No comments:

Today has been my favourite day of the holiday by far.

We paid a visit to the Ardshealach Smokehouse and stocked up on all sorts of delicious treats for tonight's supper. If you are a foodie, I definitely recommend checking out their website.

We then pottered on the beach whilst munching on some whiskey fudge from the smokehouse. I took the opportunity for some very speedy sketching here. 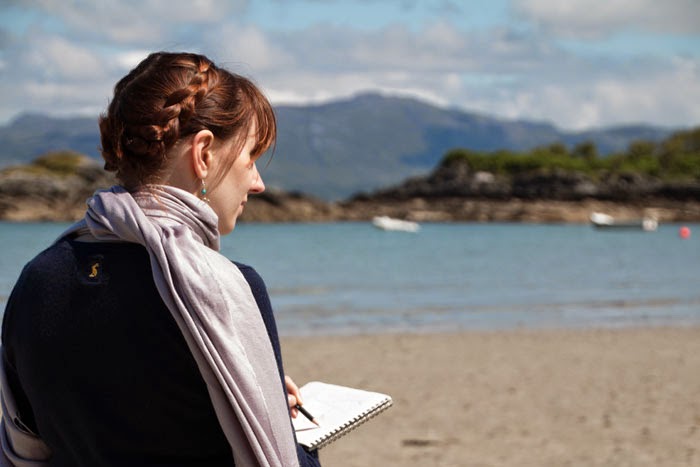 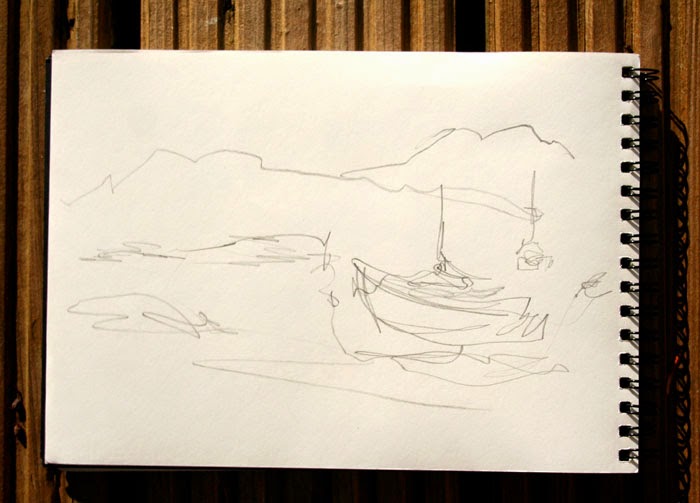 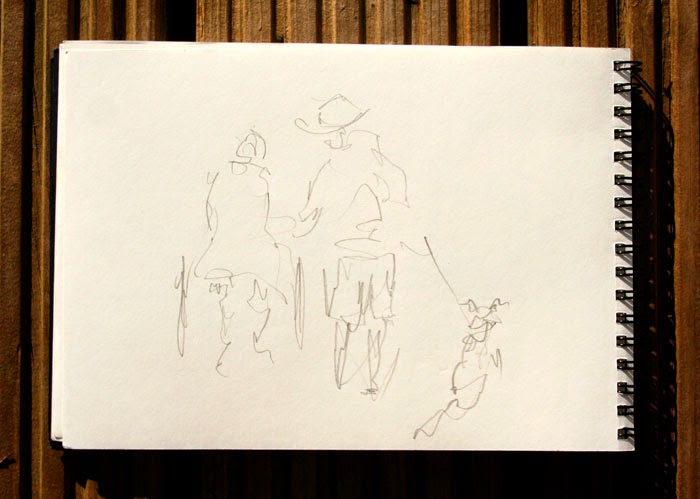 After that I had an amazing lunch at Glenuig Inn- an enormous plate of local prawns followed by homemade ice cream. Hours later, I'm still so full that I'm struggling to move! 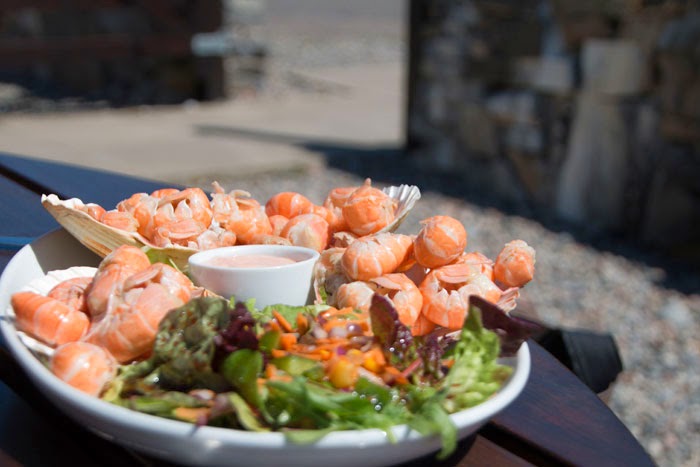 When we visited Ardnamurchan two years ago, we came across a venison shop selling deer skulls complete with their magnificent antlers. We bought two but I've always regretted not getting one of my own. The venison shop was our first stop but nobody was there. We had a phone call from a man named Fergie later in the day who told us he would be at the shop for us to stop by on our way back from lunch. 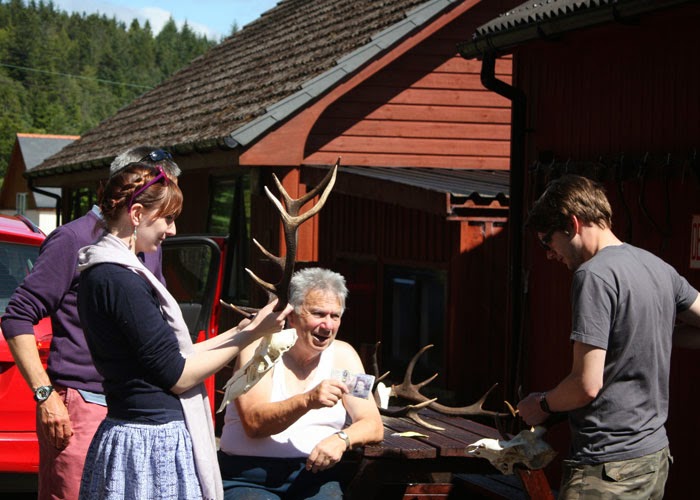 Fergie was one of those amazing one-off characters you know you'll never forget. He had a really good long chat with us and told us that his son (who runs the hotel and shop) is about to shoot in The Commonwealth Games and wanted to know all about where the Scottish side of our family were from. He was really pleased that we already owned some of the stag skulls from our previous visit, and even more so that we will be displaying them as they are and not cutting them up (apparently lots of people turn them into walking stick handles which I think is a crime!).

Fergie then told us that he is an accordion player and will be featured on BBC Alba on Thursday at 9.00pm. We asked for his full name so we could look up his music, at which point he stopped us leaving and whipped out a CD from his car boot which he very kindly gave to us.

Little did we know we'd been talking to Fergie 'The Ceilidh King' MacDonald!

PS. Have eaten the smokehouse supper since writing this and the Smoked Scottish Dunlop is to die for! 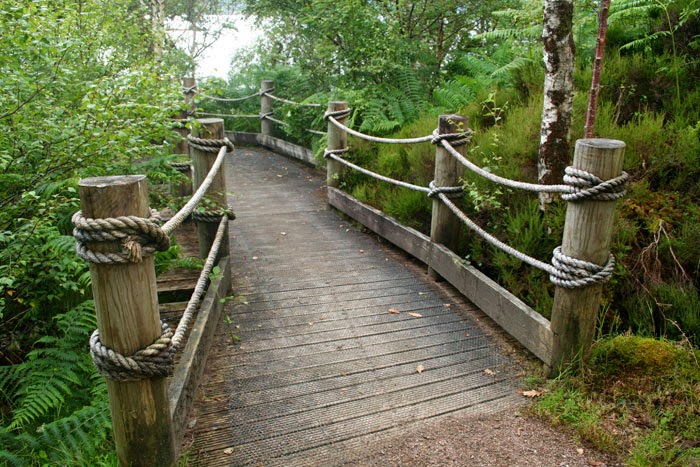 Today consisted of a visit to the local wildlife hide followed by another relaxed afternoon during which I completed my online photography course.

I quickly sketched one of the small islands visible from the hide. A boat came past just as I was finishing so I added it at the last minute. 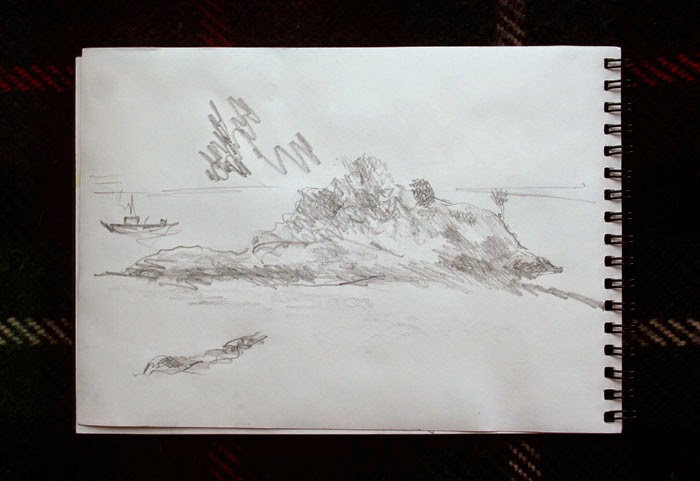 There were about twenty seals on the rocks in front of us. My favourite was a young one who decided it was much more fun to swim and jump than nap with the others! I could only see them clearly with the help of binoculars and a camera lens, so this was a very speedy sketch. 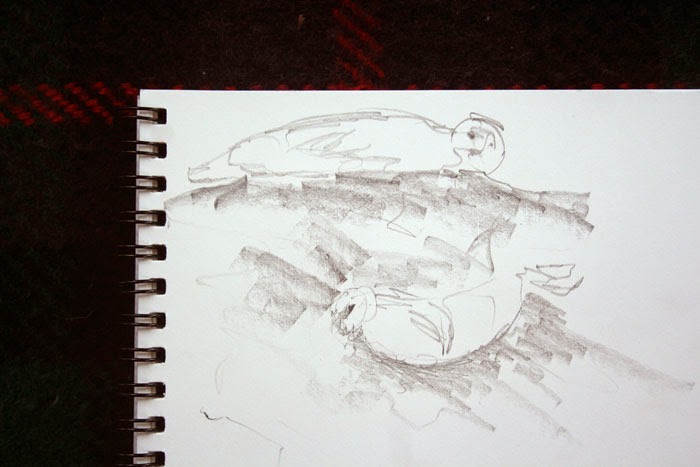 Posted by Kate Betty Smith at 5:39 pm No comments:

Today has been a bit of a showery day, so I decided to get the watercolours out and paint the sunset from one of yesterday's photos. 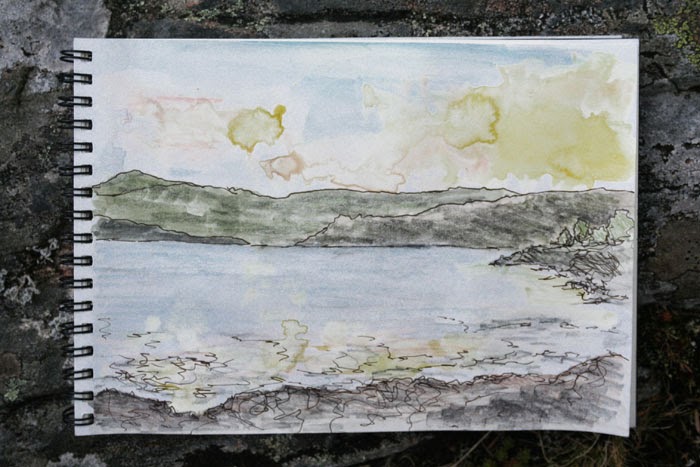 The saying that if you wait five minutes the weather will change in Scotland is very appropriate for Ardnamurchan! By this afternoon the weather was much sunnier again, so I was back outside sketching. Our cottage is right on the edge of a sea loch so we have our own private rocky beach with benches and a fire bowl. 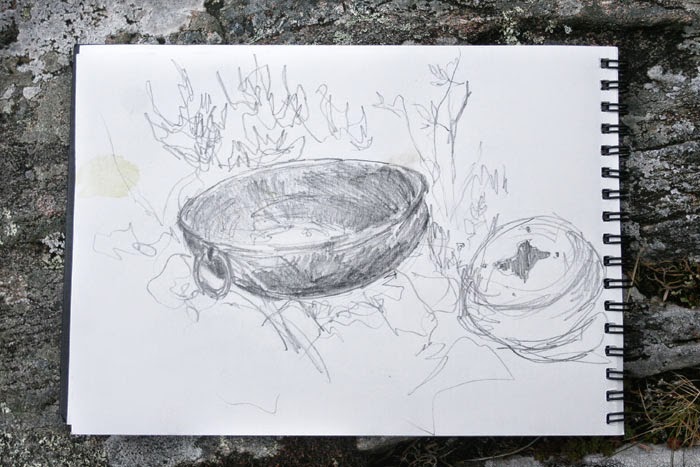 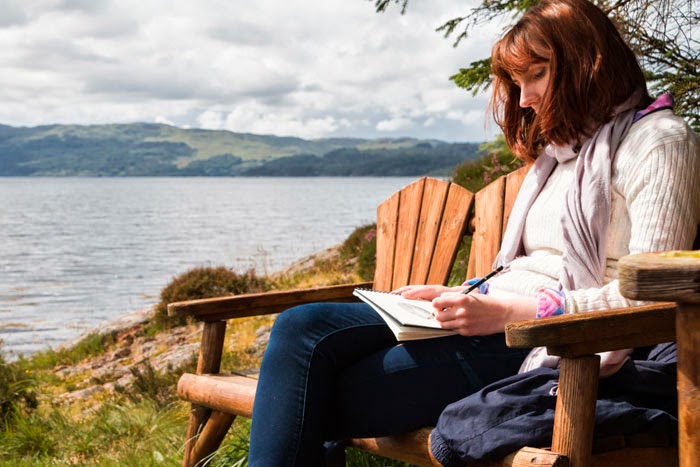 Posted by Kate Betty Smith at 4:55 pm No comments: 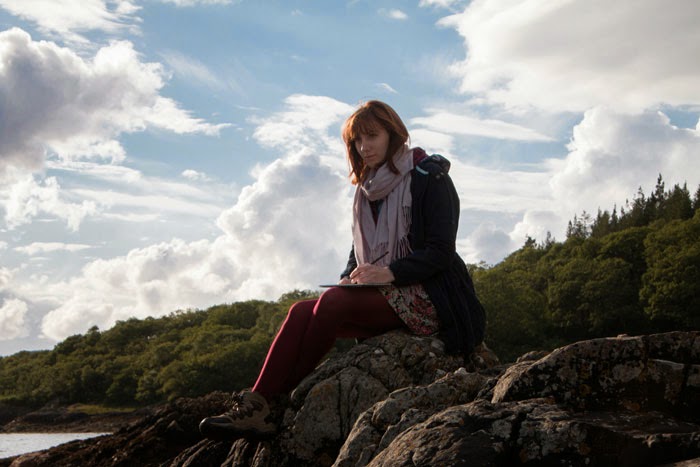 I'm currently on holiday in Ardnamurchan, which is the most westerly point of the British Mainland. It's stunningly beautiful and the perfect place for some sketching. 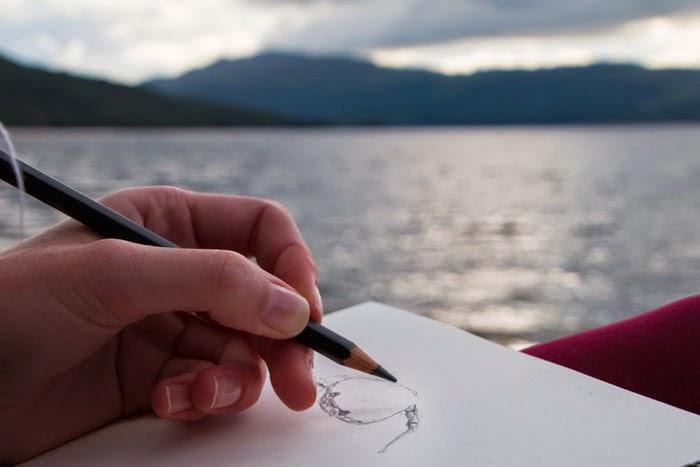 Today was a relaxed day of shopping, eating and pottering by the rocky beach. 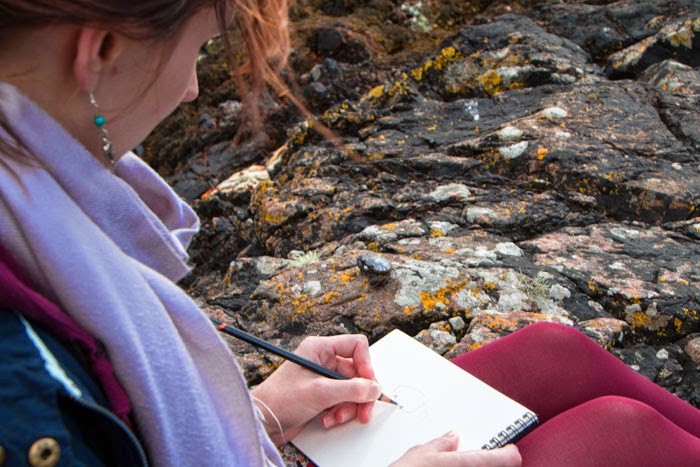 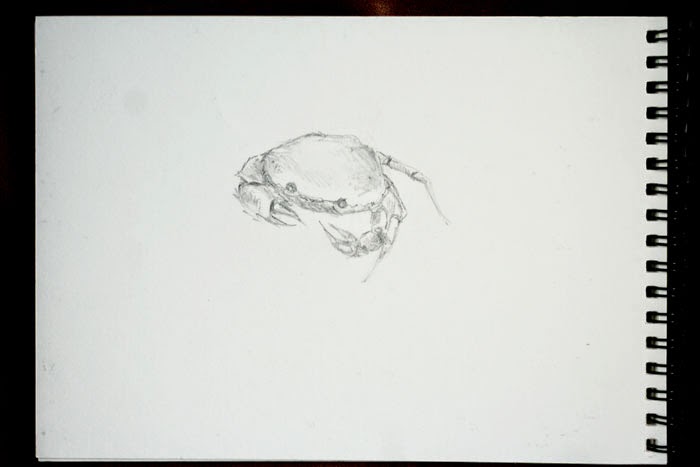 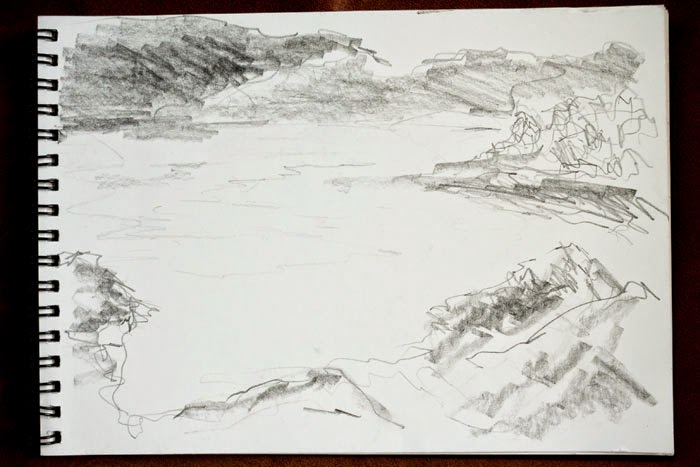 Posted by Kate Betty Smith at 9:45 pm No comments: